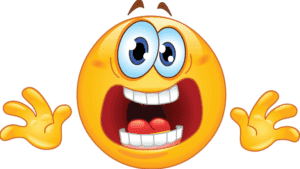 Patients have a range of normal reactions when they hear they have cancer. These include:

Patients may also have feelings of shock, fear, helplessness, or horror. These feelings may lead to cancer related post traumatic stress (PTS), which is a lot like post traumatic stress disorder (PTSD). PTSD is a specific group of symptoms that affect many survivors of stressful events. These events usually involve the threat of death or serious injury to oneself or others. People who have survived military combat, natural disasters, violent personal attack (such as rape), or other life threatening stress may suffer from PTSD. The symptoms for PTS and PTSD are a lot alike, but most cancer patients are able to cope and don’t develop full PTSD. The symptoms of cancer related PTS are not as severe and don’t last as long as PTSD.

PTS for the Health Professional

For a number of years, investigators have reported stress or trauma related symptoms such as avoidant behaviors, intrusive thoughts, and heightened arousal in survivors of cancer.[1-4] These symptoms resemble those seen in persons who have experienced traumatic events such as military combat, violent personal assault (e.g., rape), natural disasters, or other threats to life and are referred to collectively as post traumatic stress disorder (PTSD).[5-10] Acute stress disorder (ASD) is a Diagnostic and Statistical Manual of Mental Disorders (DSM) condition with a profile similar to that of PTSD but a shorter time to onset, within 4 weeks of a traumatic event. Thus the occurrence of post traumatic stress (PTS) with trauma related symptoms in patients with cancer has been under increasing study, influenced by changes in the diagnostic criteria for PTSD in the DSM, fourth edition (DSM-IV).[5] The DSM, third revised edition (DSM-III-R),[11] specifically excluded patients with medical illnesses such as cancer from PTSD. The diagnostic criteria for PTSD in the DSM-IV, text revision (DSM-IV-TR), however, specifically include “being diagnosed with a life threatening illness” as one example of a traumatic event.[12] Thus, people with histories of cancer can now be evaluated and considered at risk for PTS and related symptoms.